COVID-19 UPDATE: We remain committed to providing our patients the highest level of care. If you have an upcoming visit at our office and have traveled outside your state of residence and you are currently experiencing symptoms of fever, cough or difficult

Vagus nerve stimulation (VNS) is a medical treatment that involves delivering electrical impulses to the vagus nerve. It is used as an add-on treatment for certain types of intractable epilepsy and treatment-resistant depression.

For the treatment of epilepsy generally the left vagus nerve is stimulated at mid-cervical region. The adverse effects of this stimulation include cardiac arrest, bradycardia, voice alteration and hoarseness, cough, shortness of breath, pain, a tingling sensation, nausea, and headache; difficulty swallowing has also been reported as common, as well as sleepiness.

In randomized controlled trials for epilepsy conducted in the United States, one-third of the subjects had some type of an increase in seizures, with 17 percent having greater than a 25 percent increase, some had 100 percent increase or more.

As of 2017 little was understood about exactly how vagal nerve stimulation modulates mood and seizure control.

The vagus is the tenth cranial nerve and arises from the medulla; it carries both afferent and efferent fibers. The afferent vagal fibers connect to the nucleus of the solitary tract which in turn projects connections to other locations in the central nervous system. Proposed mechanisms include an anti-inflammatory effect, as well as changes in monoamines. 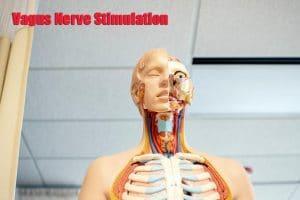 Photo by Nhia Moua on Unsplash

Telehealth: The Advantages of Telemedicine

Struggles to get to the clinic? Trying to reduce your exposure to COVID-19, as well as other contagious illnesses, and still need to see your doctor? Telehealth is safe and easy — receive quality care from anywhere.

Radiofrequency ablation (RF Ablation or RFA) is a medical procedure in which part of the electrical conduction system of the heart, tumor or other dysfunctional tissue is ablated using the heat generated from medium frequency alternating current...

Electromyography-(EMG) Electromyography (EMG) is an electrodiagnostic medicine technique for evaluating and recording the electrical activity produced by skeletal muscles. EMG is performed using an instrument called an electromyograph to produce...